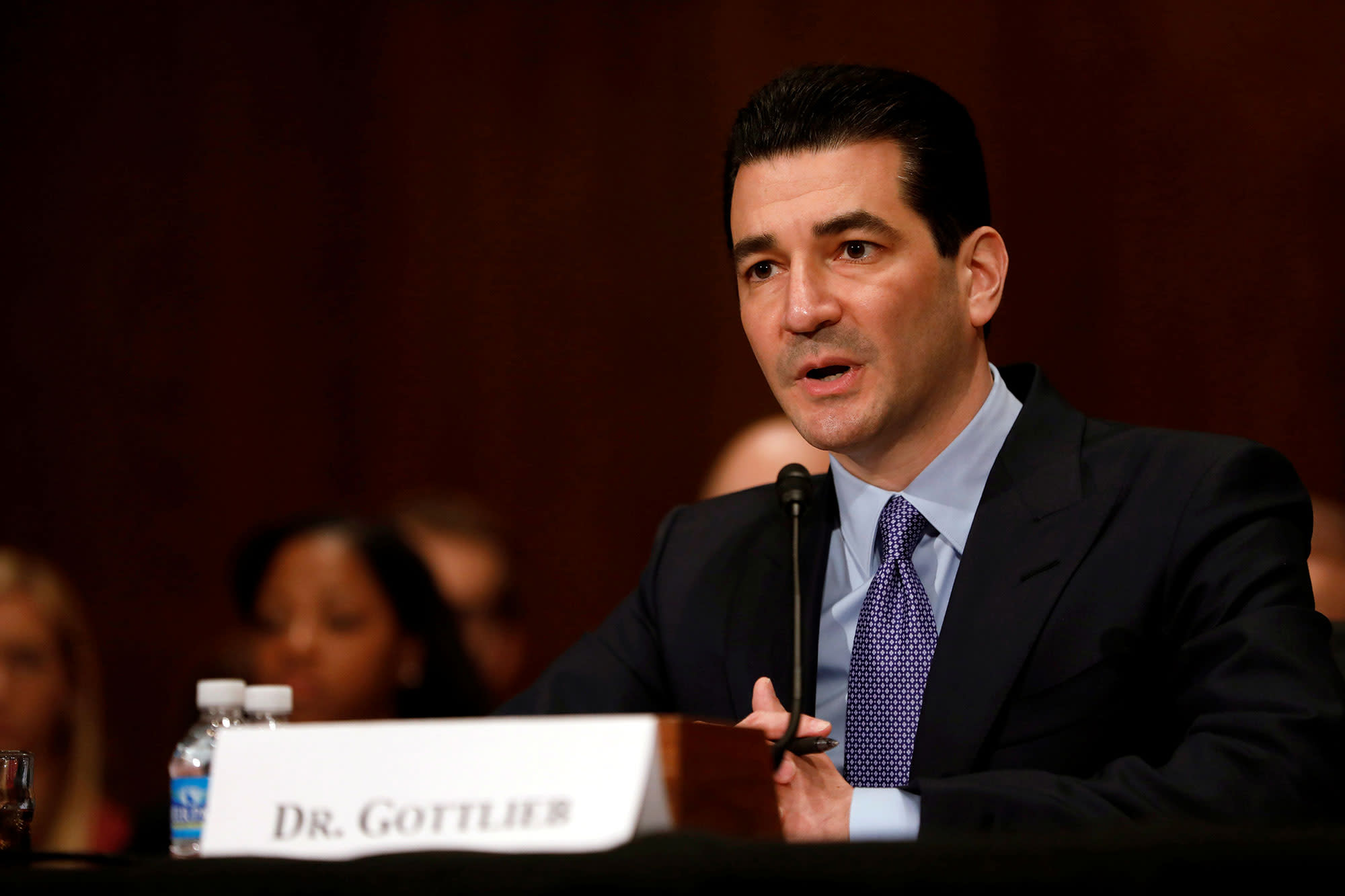 Dr. Scott Gottlieb is wary of the safety and effectiveness of a new coronavirus vaccine touted by Russian President Vladimir Putin as the world’s first drug approved to prevent Covid-19.

“I wouldn’t take it, certainly not outside a clinical trial right now” where patients are closely monitored, Gottlieb said on “Squawk Box” on Tuesday. “They’re claiming that it’s fully approved, but it’s not fully approved.”

Russia plans to begin its first large-scale, phase three trials of its vaccine Wednesday, even though health officials have already cleared it for public distribution. Putin said one of his daughters has been inoculated with the vaccine. However, no data has been published on Russia’s trials thus far, contributing to the international skepticism of Putin’s announcement earlier Tuesday.

Researchers have yet to publish any data on the vaccine trials thus far, including information on the safety, efficacy or possible long-term side effects. Gottlieb, who is the former U.S. Food and Drug Administration commissioner, said that wouldn’t fly with American regulators.

“We certainly wouldn’t allow a vaccine to be used for mass distribution at this point based on the data we have at hand,” he said. “We just don’t know if the vaccines are safe and effective at this point.”

He said Russia has cleared its vaccine based on what would be the equivalent of an early stage clinical trial, completing testing on 100 to as many as 300 patients. Covid-19 vaccines in the U.S., by comparison, are being tested on tens of thousands of patients before the FDA will approve any for mass distribution.

“Our vaccines here in the U.S. are in phase three clinical trials. They’re getting dosed in thousands of patients as we speak. They’ve cleared phase one, phase two study, so they’ve been tested in a hundred and in some cases a couple hundred of patients. That’s about where Russia is right now,”  said Gottlieb, who sits on the board of pharmaceutical company Pfizer, which started a phase three trial on its own coronavirus vaccine with German biotech company BioNTech on July 27.

U.S. Health and Human Services Secretary Alex Azar also said two of the six leading Covid-19 vaccines in the U.S. are in phase three clinical trials, which are important for testing how safe and effective a vaccine is in before it’s widely injected into humans.

Public health officials have said a vaccine could be ready in the U.S. at the end of the year or early 2021, though there is no guarantee that the ones being tested will work. The late-stage human trial can take weeks to enroll thousands of participants.

The vaccines are being developed as part of the Trump administration’s Operation Warp Speed, an effort to accelerate the development, manufacturing and distribution of vaccines and treatments to fight the coronavirus.

While the U.S. has the most reported Covid-19 cases globally, surpassing 5 million cases on Sunday, Russia has confirmed more than 895,600 cases, the fourth most of any country, according to data compiled by Johns Hopkins University. At least 15,100 people have died in Russia, according to Hopkins’ data, although some political analysts question whether the country is underreporting its Covid-19 deaths. Kremlin spokesman Dmitry Peskov has said the country isn’t concealing its coronavirus deaths.

Gottlieb, who served under U.S. President Donald Trump, raised the prospect that Russia’s announcement could pressure U.S. regulators to act hastily. He also referenced reports last month from security officials in the U.S., U.K. and Canada, who accused Russian intelligence-linked hackers of targeting vaccine research in those countries.

Disclosure: Scott Gottlieb is a CNBC contributor and a member of the boards of Pfizer, genetic-testing start-up Tempus and biotech company Illumina.