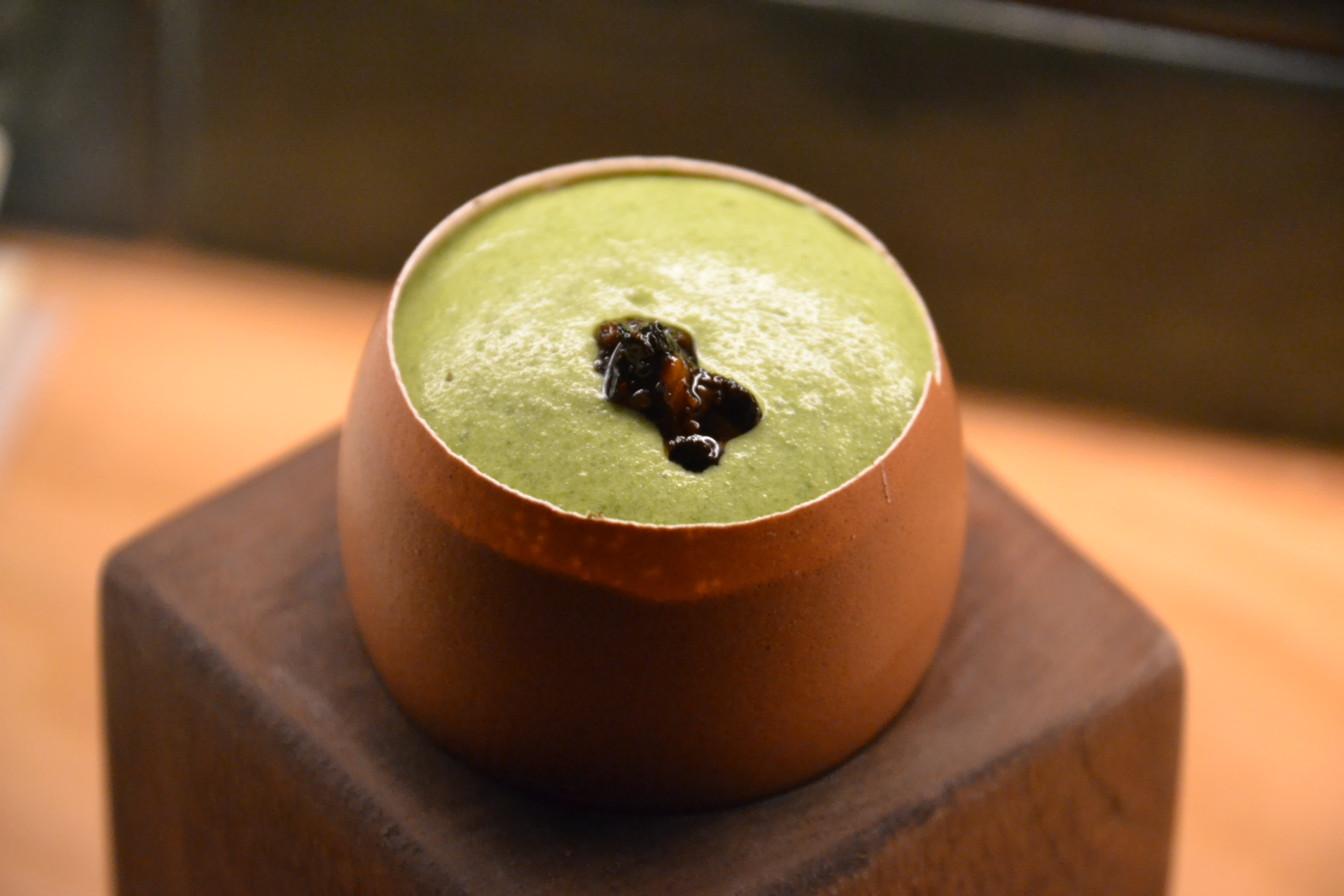 A passion for eating permeates Istanbul, a city that famously straddles Europe and Asia, one whose cuisine has long been known for its variety and quality.

In addition to the traditional purveyors of impeccable grilled fish and meats, intoxicating street food and famously fragrant desserts, several restaurants are taking the concept of “Turkish cuisine” in exciting new directions.

They honor the traditions and techniques of the area but inject contemporary spins, crafting tasting menus that take diners on journeys through the country’s vast panoply of dishes and ingredients.

One of the most exciting and talked-about restaurants is Turk by Chef Fatih Tutak, located on a hillside in the up-and-coming Bomonti district.

The opening marked something of a homecoming for Istanbul-born Tutak, following his years working in some of the world’s best restaurants, including Nihonryori Ryugin in Tokyo, Noma in Copenhagen and notably The House on Sathorn in Bangkok which he led to #36 on Asia’s 50 Best Restaurants list. It was there that he created a dish he called “From my mom” — with Turkish dumplings known as manti — that reignited his passion for the cuisine of his homeland.

Chef Fatih Tutak is part of a wave of creative chefs who are redefining the notion of Turkish cuisine.

“I needed to smell, touch and feel the real Turkey — to be part of the people,” said Tutak. “The only way to feed my mind and heart was to go back.”

His refined tasting menus have been packing in diners since Turk opened. In a coolly elegant space, his riffs on classic Turkish dishes are contemporary and cutting-edge.

Midye dolma, or mussels stuffed with rice, are a favorite Istanbul street food snack. His take is a mussel shell made from dried tamarind, colored with squid ink and filled with mussels, white onion and rice. Likewise, an egg served in its shell delivers no fewer than four layers: yolk, pastrami, potato and spinach cream, all working together in memorably small spoonfuls.

Whole-wheat flour forms the dough for (his mom’s) manti dumplings with leek, spinach and seasonal herbs, circled by eggplant and tomato sauces. His take on duck is served two ways, cooked, air-dried and joined by an incredibly dark jus or served on a type of crepe called akitma.

This is a small part of a tasting menu of beautifully executed dishes, which show a chef at the top of his game.

Another Istanbul spot that has proven popular with Istanbul gastronomes is Aman da Bravo. Located far from the usual tourist-heavy destinations, the restaurant is in Resitpasa, a traditionally working-class district that has seen an influx of hipster designers and restaurants.

The interiors are humbler and more homely than Turk, in a space filled with quirky design touches, plants and mirrors, while the cuisine from Chef Inanc Celengil is best described as elegant comfort food.

From the lunch menu, cremini mushrooms with lima beans and a creamy goat’s cheese sauce warm things up. The restaurant’s signature roast cauliflower with ground beef and yogurt is a masterclass in letting good ingredients shine.

Thereafter, decadent chocolate and sour cherry mousse with ground hazelnuts is a bowl of joy, a well-received recommendation from a waiter who raved about the restaurant’s desserts.

Alaf 2Tek is in the chic waterside neighborhood of Kurucesme. Billed as a “gastropub,” the food at this establishment is far more accomplished than the description suggests.

Opened in late 2019, the restaurant is the little brother to fine dining restaurant Alaf located next door, an establishment that explores regional cuisine, notably Kurdish and Armenian fare.

Alaf 2Tek is a street food gastropub located along the Bosphorus, the narrow strait that divides Europe and Asia.

Chef Deniz Temel is inspired by the country’s obsession with grills so it pays to get a seat at the counter. First comes bottarga from grey mullet, served simply with fresh onion, lime and a housemade sourdough for a simple but sensational start. Then local sea urchin is gently lifted by olive oil, lime, parsley and sorrel, a vastly-underrated herb.

Following the seafood comes serious meat for committed carnivores. Rich beef tongue is served with triangles of bread and a coriander and tomato salad to let you craft your own take on Turkish sliders, while lamb’s head celebrates nose-to-tail eating to glorious effect.

Most of all it’s the kokorec, an offal dish of lamb intestines wrapped around sweetbreads, hearts and kidneys that is generously seasoned with thyme, cumin, salt, pepper and the ubiquitous lemony spice called sumac before being horizontally grilled.